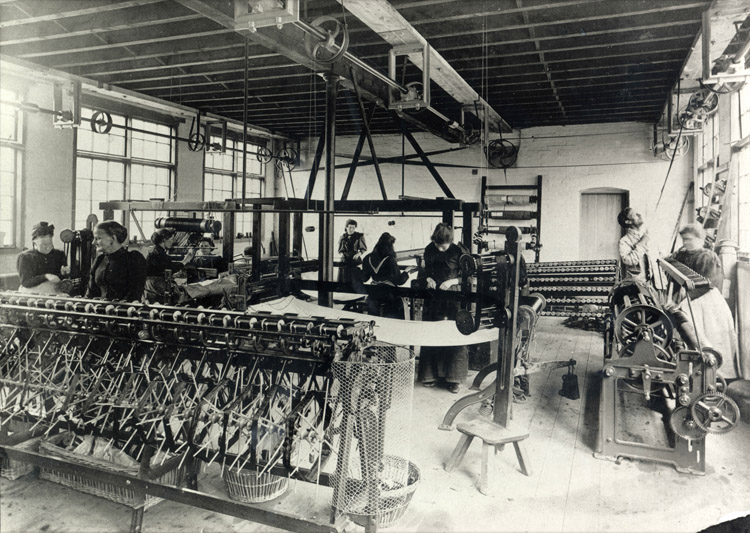 This was taken in the building which is now the Dental Emporium on Acton Square. This silk factory was originally built by Stephen Walters (thus the ‘W’) on the east elevation. At the time of the photo c1885 it was occupied by the Fennell Brothers. In the foreground there is skein to bobbin winding, centre behind we see warping, and over to the left back reed entering. (The process of actually weaving the silk was still being done by hand in the weavers’ cottages.)