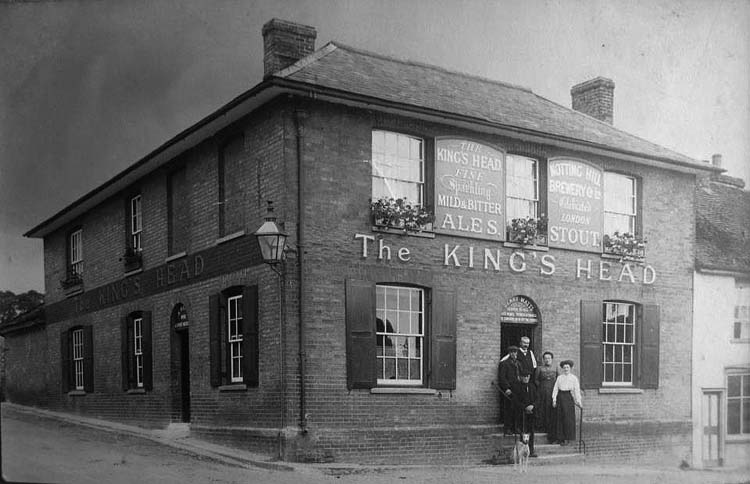 The Kings Head at the bottom of Ballingdon Hill seen here in the late Edwardian period. Henry Watts is listed as the publican in Kelly’s Directory for 1912 – his name is over the door and he is probably the man standing at the top of the steps in the doorway. Odd that it seems to have been owned by the Notting Hill Brewery in London when there were two local breweries in the street! Perhaps the board is just advertising and does not indicate ownership. The pub was much frequented by the Bulmer Home Guard during WWII.