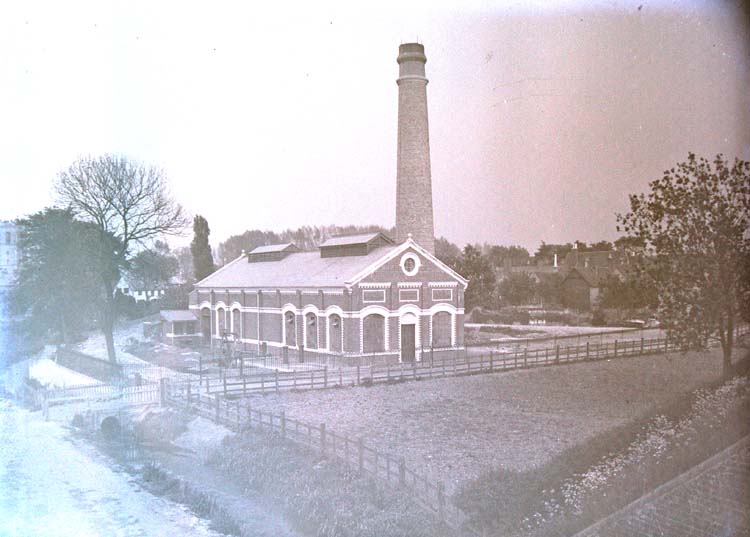 An early photo of the Sudbury Refuse Disposal and Sewage Pumping station seen from the railway viaduct. Probably taken soon after its opening in 1903. The chimney and the eastern section of the complex were demolished in the 1970s(?) but the sewage treatment section remains, fronting on to the footpath leading to Kings Marsh. See also images pa365, 560 and 561.