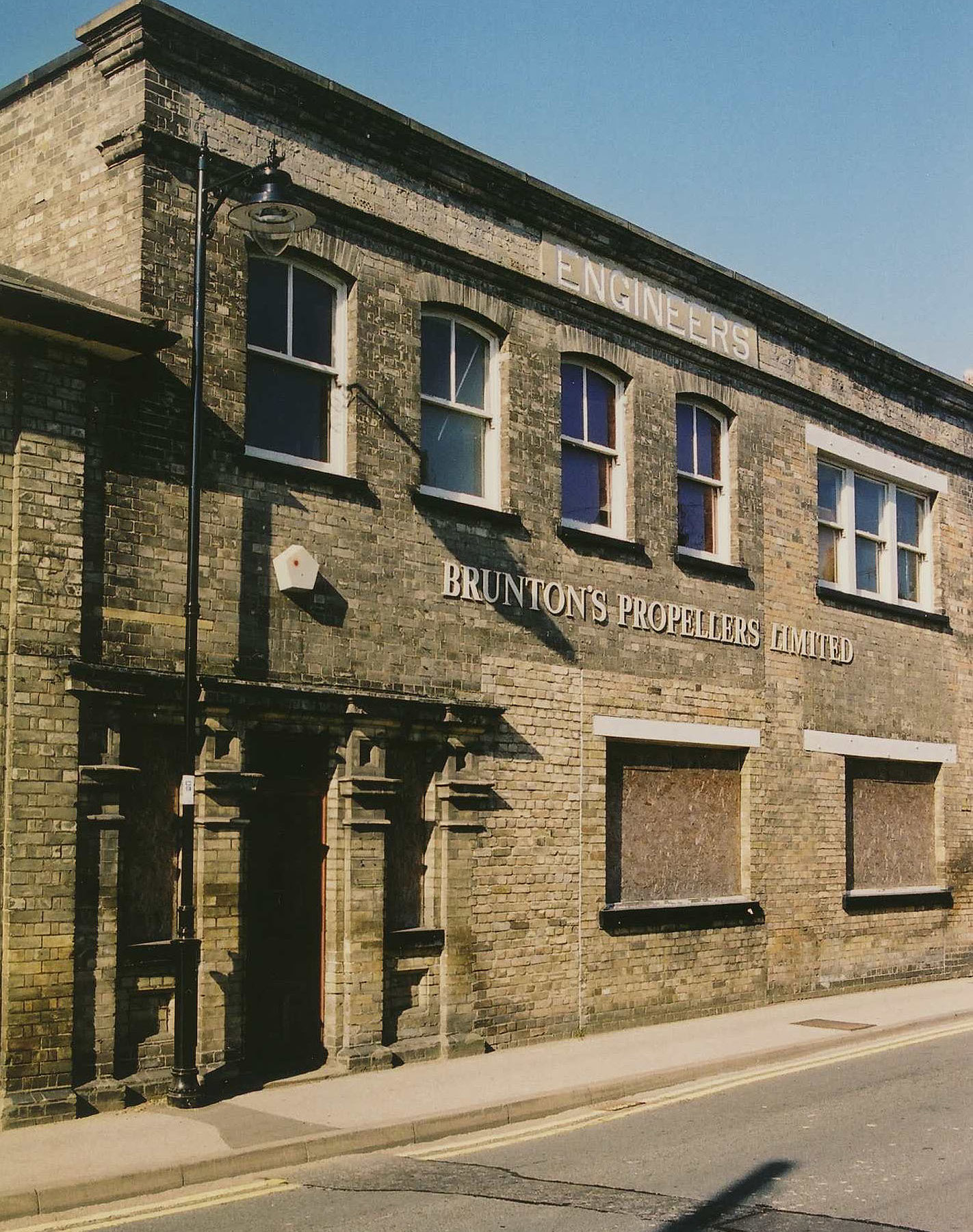 Bruntons Was founded by Mainprice Barton in 1868 as “The Stour Valley Ironworks”, becoming Bruntons Propellers Ltd during the First World War. Their offices on Station Road were built in 1906 and the business absorbed the adjoining Railway Bell PH frontage after WWI. See image pa362 for when the firm was still working here. The firm moved to Clacton and this picture shows the offices boarded up and empty. The offices dating from 1906 were then demolished in 2001/2 along with all the workshops extending back down Edgworth Road. The offices were replaced by a modern red brick shop frontage with apartments behind. Part of the Victorian PH frontage is just visible on the LH side of this picture; it was retained and also converted into a shop.