Chilton’s Rector at the wheel

Chilton’s Rector at the wheel 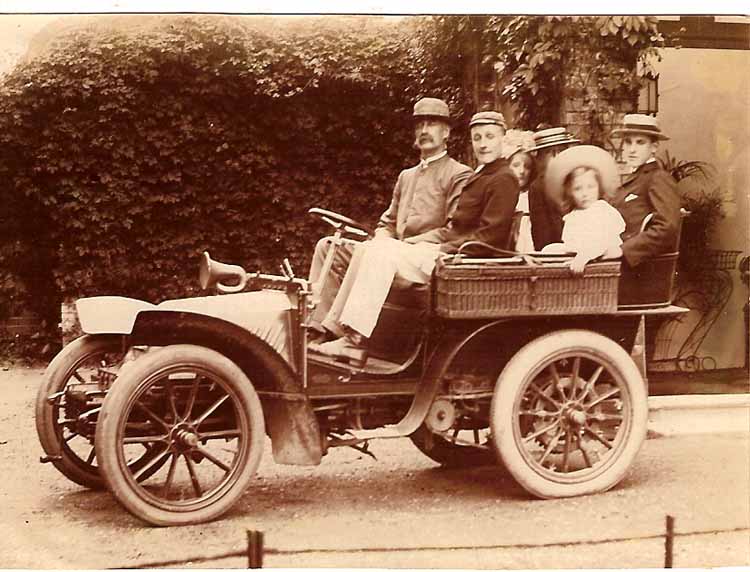 Rev John Milner (1860-1948) Rector of Chilton for 49 years from 1898 and chaplain of the Sudbury workhouse from 1899. He is seen here driving his French-made Gladiator in August 1905 with his children as passengers.  He is said to have shaken his fist at any road user who annoyed him.
Sitting beside him is his eldest son Dermod Ross Milner, who also took holy orders and was killed, aged 29, in an accident at Archangel in 1919 while serving as chaplain on a hospital ship sent to retrieve the wounded from the British expedition to help the White Russians. He fell off a ship's ladder into a tender and broke his neck.