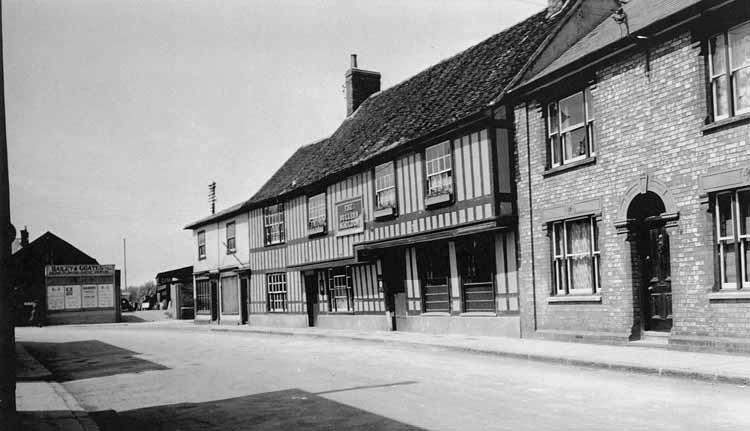 The Bull Inn, Church Street, photographed on 21 July 1942. Fake beams had been applied, probably earlier in the 20th century, to give the facade a more ‘old world’ look. (There are many genuine old beams but only visible inside.) Note the two shops which once stood beyond the Bull Inn. Reproduced by permission of English Heritage.NMR.