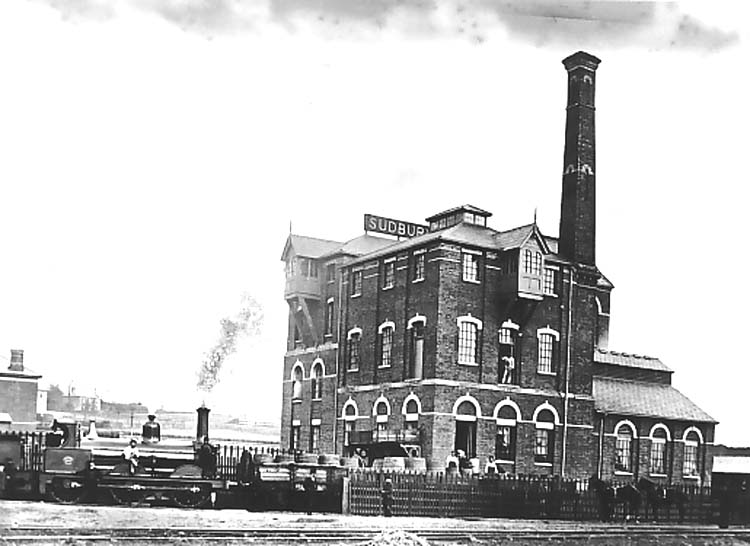 This imposing building on the Cornard Road is Oliver’s Brewery, founded by George John Oliver. It was built by the prominent local builder, George Grimwood and Sons, in the winter of 1873 and the first brew in the new premises was in May 1874. First as Oliver and Son, then Oliver Brothers the brewery continued in operation after the amalgamation with Greene King in 1919 but was closed by Greene King in 1932 ‘owing to the crippling effect of recent taxation.’
Note the importance of the railway to the brewery but also the picture shows some of the 20 horses kept for local deliveries. The original design of dome on the 477 class locomotive suggests that this was taken in the late 1870s/early 1880s. These locos were phased out of service on the Great Eastern Railway between 1897 and 1902.
Chilton Lodge just visible up the valley slope in the far distance.