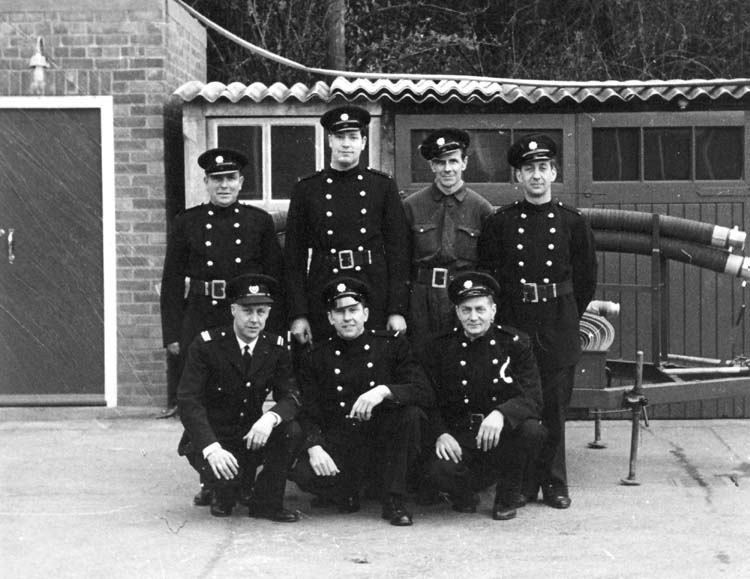 CAV came to the town in 1944 when the firm took over premises in New Hall, New Street. Their factory in the former lime pits in Cornard Road opened after the War and was large enough to need its own fire service: thus the CAV brigade was formed. These were its members c1960 drawn up outside their Cornard Road Fire Station. L to R Back row : Laurie Spraggins, ? , ? , John Raymond. Front row: Sub Officer Maurice Taylor; Dick Green; Dennis Marsh.