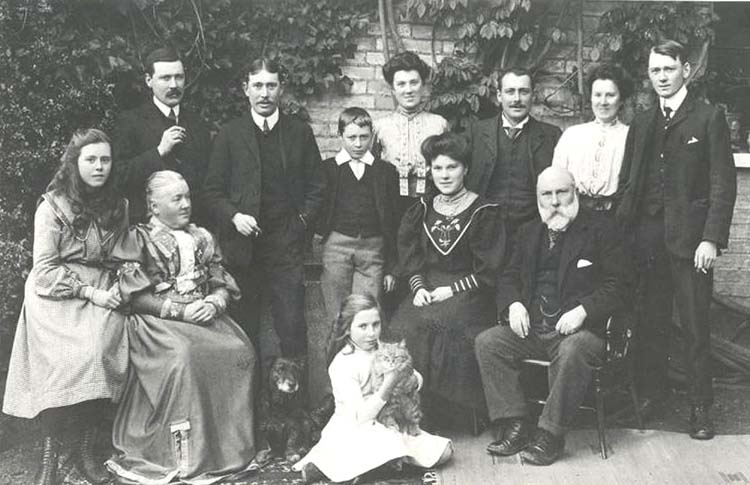 Henry Stanton Oliver and his family seen in 1906 – the photo probably taken in the garden of the family home at Hillside in the Cornard Road. With his brother, Edward, Henry owned and ran Olivers Brewery in the Cornard Road. (Edward and his family lived next to the Brewery offices at 22 Cornard Road.)
Standing R to L: Philip, Paul, Felix (then at Woodbridge School), Madeline (who married John Siddeley), Harold, Agnes (who married Walter Atkins) and Roland. Seated: Gertrude( married Cecil Whittome who farmed at Brundon Hall but she went on to farm independently at Moors Farm in Great Cornard), Eliza (nee Coote) Henry’s wife, Kathleen (married Edward Moore) and Henry Stanton Oliver himself. In the front with the cat is Doris (who married Frank Roper and went to live in Ireland).