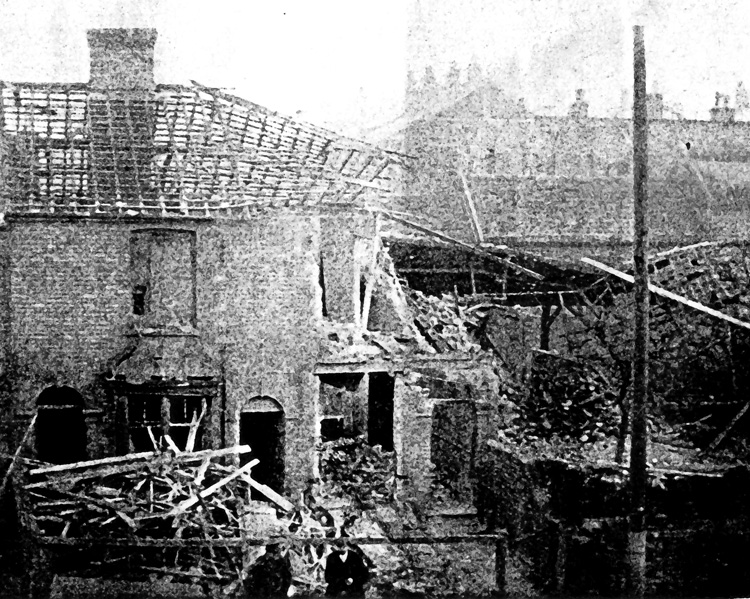 Bombed houses in East Street following the raid by Zeppelin L14 on March 31 1916.  The photograph shows 34 and 35 East Street, which were seriously damaged by a high explosive bomb. Ellen Wheeler, 64, a widow living at No 34, and Thomas and Ellen Ambrose at No 35 were killed in the blast together with John Edward Smith who was out in the street. The present Nos. 33A and 34 were built to replace the destroyed houses.
An incendiary bomb was dropped in the same raid on Orford House in Melford Road where some soldiers from the 2/6 City of London Rifles were billeted. Sergeant (later CSM) 'Charlie' May went into the burning building to rescue one of his men, Rifleman Bond. For this act of bravery he was awarded the Military Medal, the first to be awarded for gallantry on British soil rather than in overseas combat. (See also picture 350)