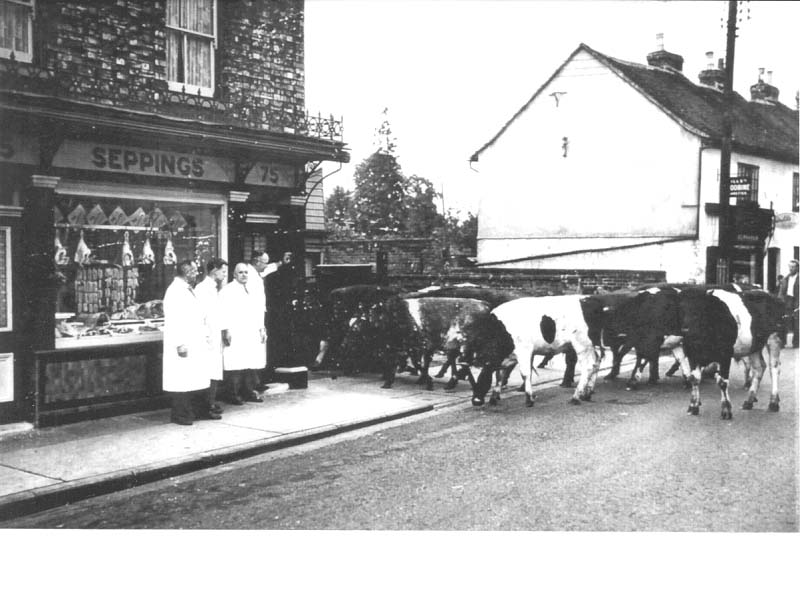 Steers being driven into the slaughterhouse behind Frank Seppings' butcher's shop at 75 East Street in 1955 (previously owned by Mr Wheeler.) War time controls had been relaxed allowing butchers to trade independently. Lined up in front of the well-stocked window are Frank Seppings, second from the right, and his son Frank Junior, second from the left with two of their staff. No 75 was later demolished to make way for Elzabeth Court. Frank Junior then traded at 49 Gainsborough Street with his slaughterhouse down Christopher Lane opposite his shop.