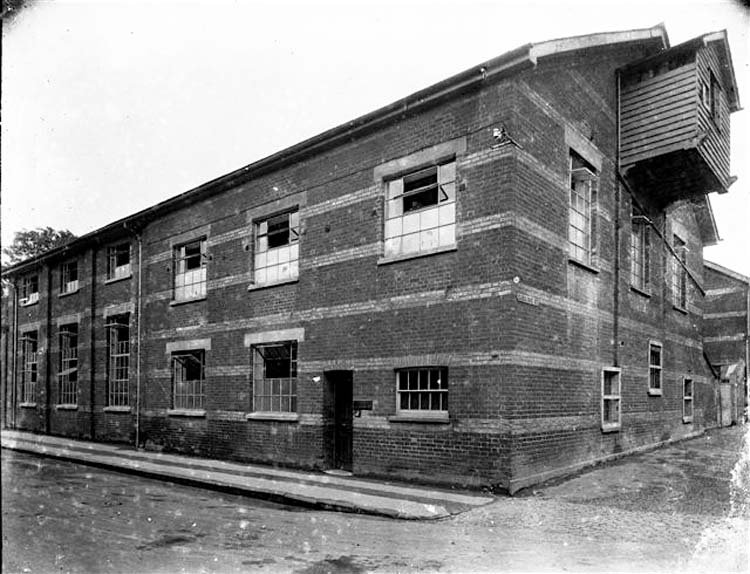 The former maltings on the corner of East Street and Girling Street. The building was built in the early 1880s by the maltster, Joseph Stammers Garrard, and then pased into the ownership of another malting company, Free Rodwell, at some point between 1908 and 1912. In 1919 Sudbury Borough Council received an application from Melson, Clifford and Company to convert the building into a textile factory. This photograph from the early 1920s shows the result with new larger windows inserted into the East Street frontag eto allow in maximum light.’Melso’s’ as they were known locally was the first textile manufacturers in the town to introduce the knitting of artificial silk and other manmade fibres such as rayon. The building was bought after WWII by Cundy’s a local seed firm. Today it is ‘The Silkworm’ public house.