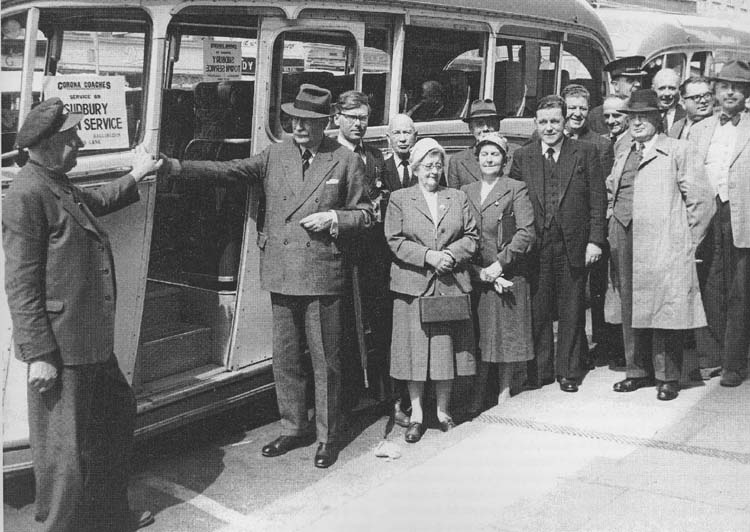 Corona Coaches went into liquidation in July 1959 and Jack Mulley of Mulley’s Coaches took over the London service and the programme of excursions. He began a Sudbury Town Service in 1960 – this is a photo of its launch in 1960. Jack Mulley on the left is talking to Colonel Tuck, the Mayor (umbrella on arm). On the right in the raincoat and dark brown hat is Alan Chinnery who had set up Coronaa Coaches back in 1919: his successor in running the business, John Hibbs (wearing glasses) is behind the Mayor. Geoff Kisby (also wearing glasses) is on the right behind Mick Fayers who sports a bow tie and became mayor in 1964