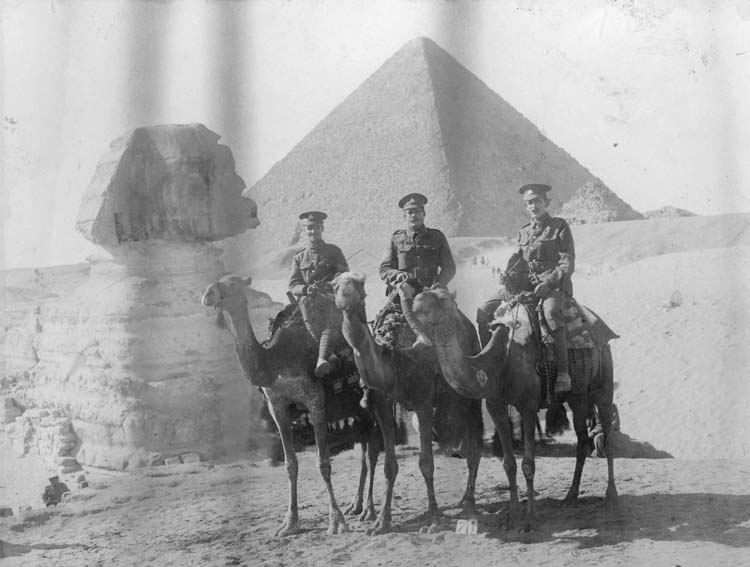 When war broke out in 1914 Samuel Ambrose was working at the Armes mat factory and had just finished his spell of service with the local Territorials. Both of the Armes brothers who ran the firm became army officers and one of them made it clear that they expected Samuel to join them- having been a Territorial he probably had little choice. Samuel saw service at Gallipoli,here in Egypt and in Palestine, and survived the war to return to W.T. Armes. Left to right: P Ruggles, ? , Samuel Ambrose. (Both the Armes brothers died in the War.) Also see images pa695 and 697.