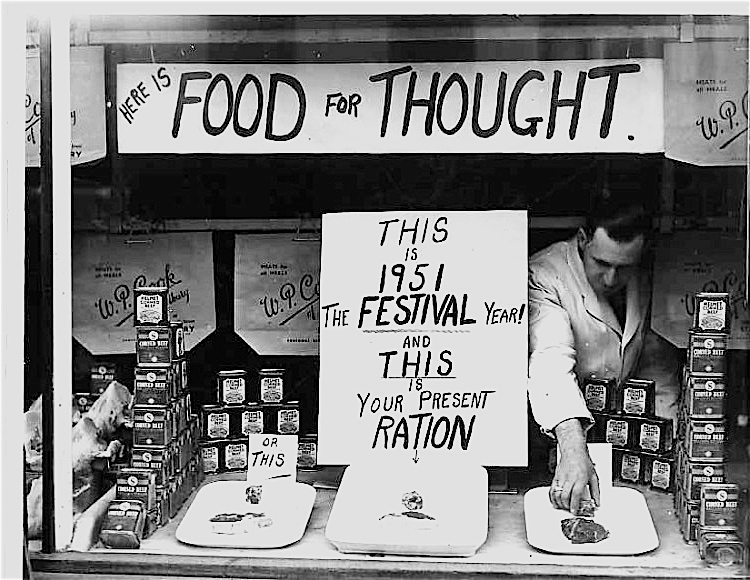 Tom Cook, the owner of the butcher’s shop at 49 Gainsborough Street as pictured in the Suffolk Free Press on February 12th 1951. This was the year of the Festival of Britain but he was making the point that, with wartime rationing still in place, there was not a great deal to feel festive about! The weekly ration for one person was L to R on the slab:a 6 1/2 oz chop OR a 4oz piece of steak OR 6 1/2 oz of beef. You could also have two-pennorth of corned beef which ever choice you made!

This shop was a butchers from at least 1874 when it was occupied by Jasper Hyde, greengrocer and pork butcher. After a long period as ‘Cook’s’ it was run by Seppings the butchers from the mid 1950’s. It is now The China Shop but its distinctive green and white tiled frontage still survives.