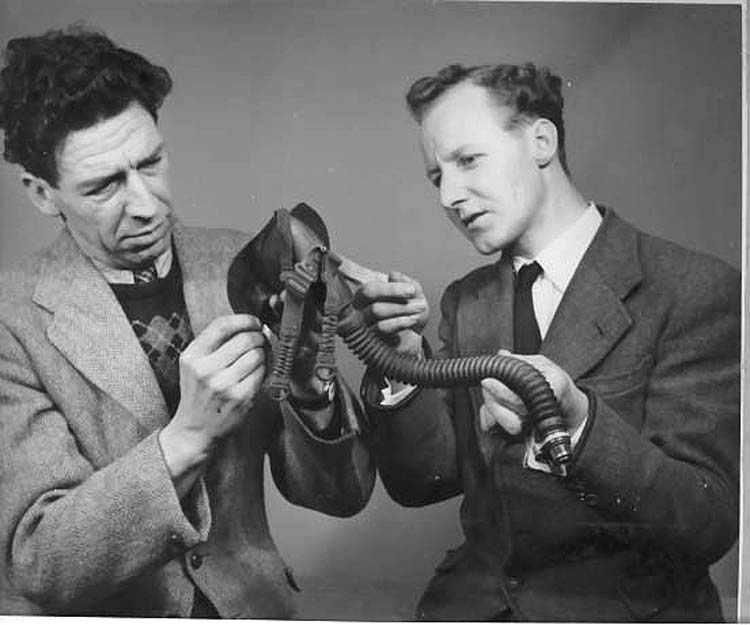 The oxygen Mask in which Rudolf Hess, Hitler’s Deputy Fuhrer, made his 800-mile flight to Scotland in May 1941. It came into the possession of a local collector and is here being examined in March 1954 by local RAFA members, H.Frank Rowland (L) and J.D. Willis (R.) Frank Rowland was at Bletchley for a while and worked as a wireless operator. He travelled to South Africa, Malta, Syria and possibly Iran during WWII. He wrote a book ‘If anything moves salute it’ about his experiences.They are probably in ‘Contact Hall,’ the RAFA HQ in Girling Street.