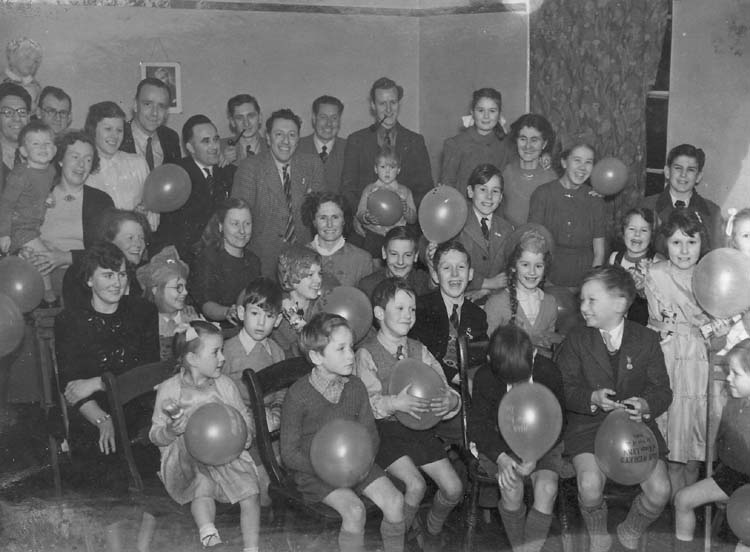 A childrens party organised by the local branch of the RAFA in January 1951 in ‘Contact Hall’ Girling Street. The building was also used as a classroom by North Street School.
On the left Elsie Rowland is holding her son Peter with her father Frank behind her. The boy in the middle, below the two balloons, is Robert Leslie Rowland. In the middle of the back row the pipe smoker behind the small boy with the balloon is Tony Willis. The small boy with a balloon is his son John. Brian Barr is the second man to his right – both were Lancaster pilots during the War.