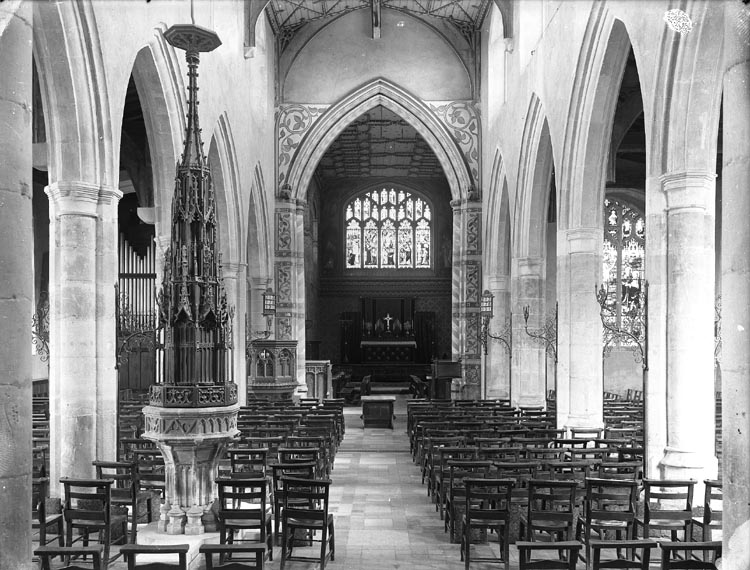 The interior of St Gregory’s parish church, probably dating from the early 1920s. The ornamental brackets were still supporting gas lamps but were later converted to electricity.
They could pose problems – at a civic Remembrance Day service a standard bearer raised his flag from "dip" and found the tassels entangled with one of the brackets. He was left stranded when the parade moved out of the church!