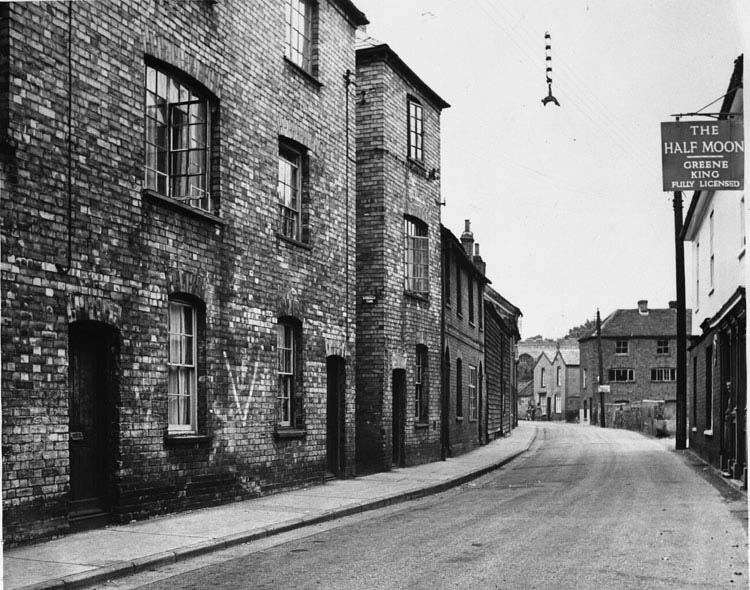 Gregory Street before all the properties in the picture were demolished to make way for road widening. The three- storey silk weavers’ cottages on the left were Nos 11 13 and 15 Gregory Street (going away from the camera.) The passageway visible between Nos 13 and 15 led through to Overall’s yard- a further eight cottages lying behind the main street line. The present fire station now occupies most of the land to the left of the photograph. The Half Moon PH was one of many pubs in the town and the scene of a fight between local men and American stationed at the Chilton airfield which had to be broken up by American military police. Probably taken in the 1960s.