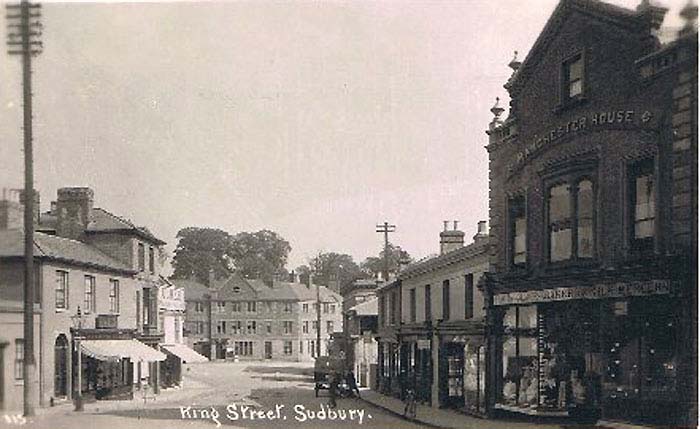 King Street looking towards the Old Police Station. On the right the imposing facade of Manchester House – ‘A. Baker and Son, linen drapers, silk mercers & milliners.’ On the left Ulmer’s bakery and shop with its awning. Mr Ulmer had lived in Sudbury for many years but such was the strength of anti-German feeling in Sudbury during WWI that he was forced to move to London.