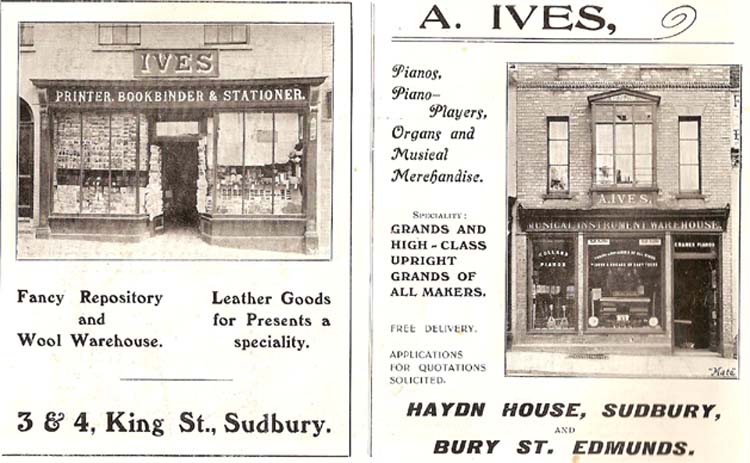 Two shops in King Street, presumably owned by related members of the same family – Ives. At Nos 3-4 Henry Ives ( or rather his executors) ran his Printing, Bookbinding and Stationery business. (The frontage of No 4 is shown.) At Haydn House, no 5, Alfred Ives ran his musical instruments business. Nos 3 & 4 were extensively rebuilt after a fire in the early 1970s and the rebuilt no 4 is now (in 2009) a Tanning Studio. No 5 has lost its first floor oriel window but is otherwise intact – now occupied by Carter Pearl Investments. Both advertisements come from Mate’s Guide 1908.