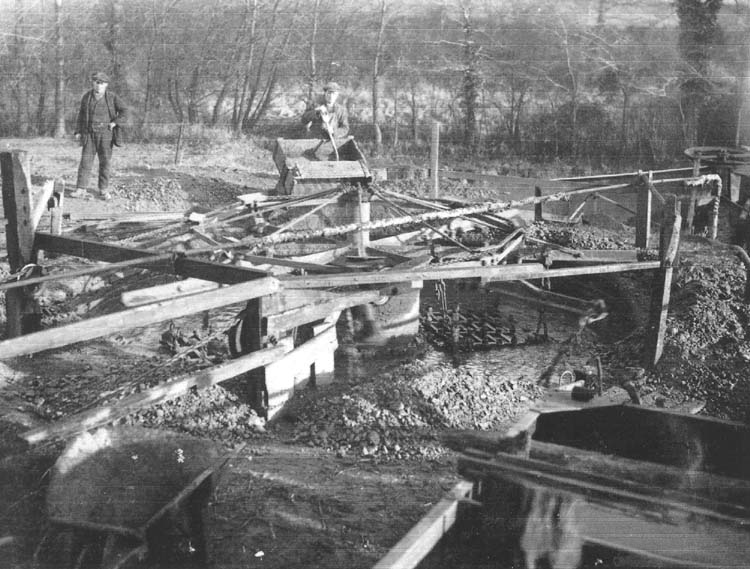 There was brickmaking on this site in Little Cornard as early as 1700. In the 19th Century the works was owned in turn by the Tucker, Seager and Seagrave families before being bought by the Sudbury building firm of Grimwoods in 1898. In 1919 it became the Cornard Brick and Tile Company and continued in production until 1964. The image show the washmill where the clay was ground up into a fine slurry.