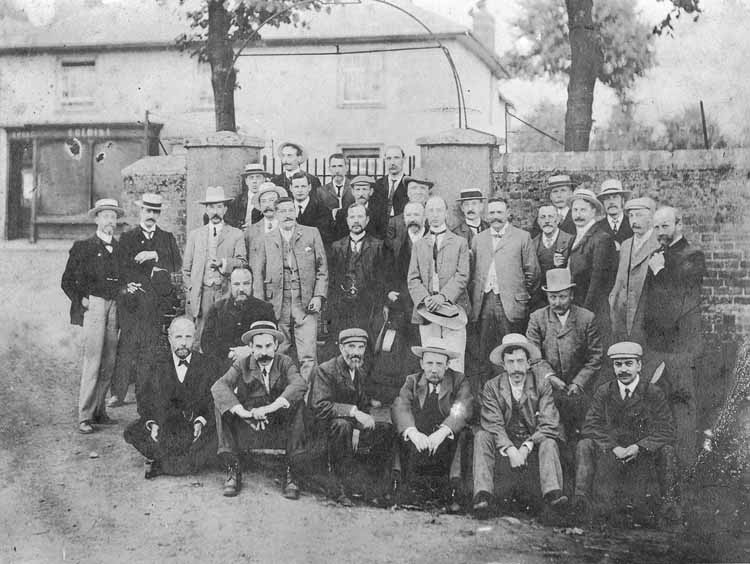 A gathering of Sudbury shopkeepers and traders outside the Nonconformist Chapel in Long Melford. Most can be identified and include such well known shopowners as Messrs. Backler, Boyce, Parsonson, Mattingly, Twitchett and Wright.
James Purr the blacksmith is seated in the second row on the extreme right (white top hat.) His smithy and ironmongers shop was originally at 48 Gainsborough Street (1851) but he had moved to 16 Upper East Street by 1881. Two of his sons, Ernest and John, continued to manage this business after his retirement whilst another son, Bertram, ran the cycle shop at 35/36 North Street in the early 20th Century.