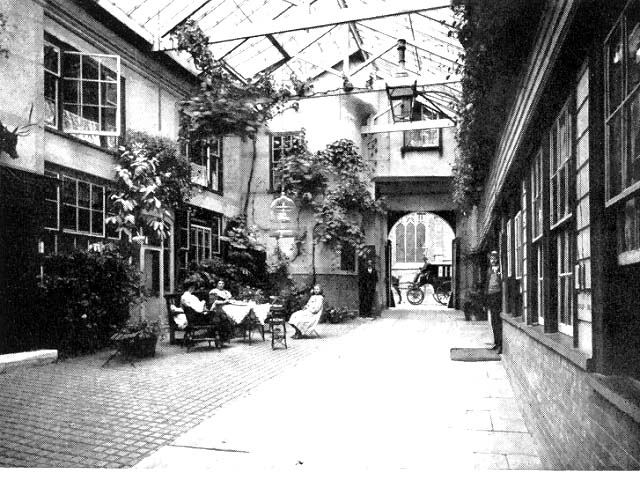 The courtyard of the Rose and Crown inn. Beyond the arch and the waiting carriage can be seen the south side of St Peter’s church. The three girls are the daughters of Mr and Mrs Waters, the inn keepers – Mabel, Kitty and Maggie(?). When the Rose and Crown burned down in 1922 the heat was so intense that the lead in the stained glass windows began to melt and Mr Grimwood, manager of the Gas Works, had to bring asbestos sheets to protect them. In the 1834 election the inn was the headquarters of one candidate, Sir Edward Barnes, whose supporters clashed violently with those of his opponent, Mr Bagshawe. Charles Dickens visited the town at that time and based his account of the ‘Eatanswill election’ in  Pickwick Papers on those events. Note that strictly speaking the site of the inn (now occupied by Winch and Blatch) is in King Street.