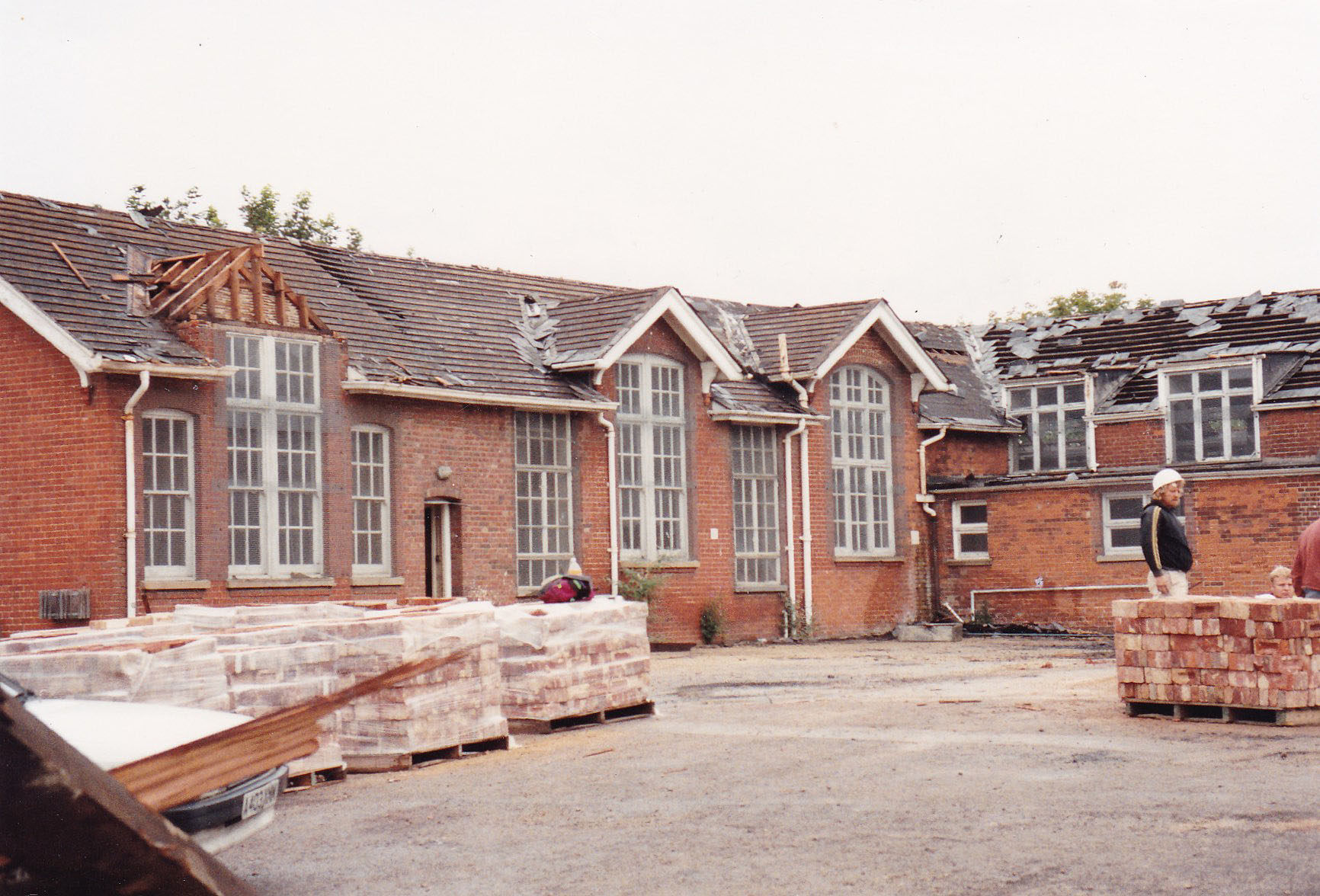 The photo was taken in 1993 when the building was about to be pulled down to allow the building of the present St Gregory’s VCCE Primary school.  Many local people remember these old buildings as the “Council School.” Parts of the building may well have dated back to 1846. From the mid 1950s it had served as the Boys Secondary Modern School. When the three tier system was introduced in1972 the building became part of All Saints Middle School, split on two sites – here taking the two younger age groups whilst the older two groups were housed in the former Boys Grammar School around the corner in Christopher Lane. When all pupils moved to the new All Saints building in Acton Lane in September 1987 this building ( and the Grammar School premises) became redundant. Open image pa1209 to see the sequel.