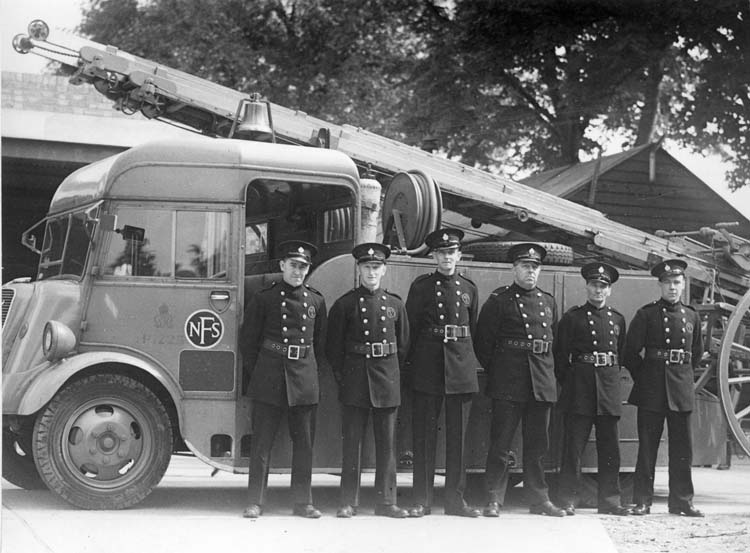 During WWII the Sudbury Fire Station was next to Chilton Hall House, at the junction of Newton Road and Alexandra Road- roughly where the local dustcarts are now kept overnight. This was roughly half way between the town centre and the American airbase at Chilton. When the war ended the Brigade moved back to their old HQ in Croft Road and remained there until the present Fire Station was opened in Gregory Street in 1967. L to R: Charlie Cadge, Harold Crysell, Alf Heard, Les Barrett, Albert (Smudger) Smith and Albert Turkentine.