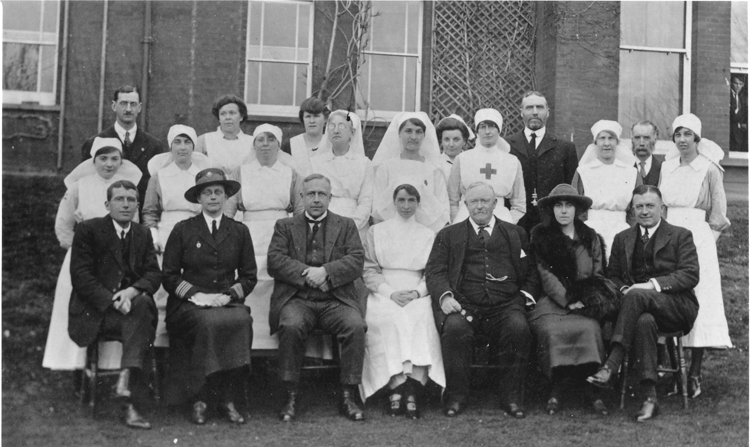 Belle Vue was a Red Cross Hospital during WWI but this photograph of the doctors and nurses dates from 1921 when it had become a Minisry of Pensioners Hospital. In the front from the left: the M.O.,Dr Rix, then his wife who was the Commandant, then Mr Maitland-Wilson, Sister Chater, Colonel Dash, Miss Joyce Holden and Dr Wisdom. In the back row, 4th from right, the bearded figure of George Lingley, a Red Cross volunteer, who lived at 15 Waldingfield Road and worked as a railway porter.