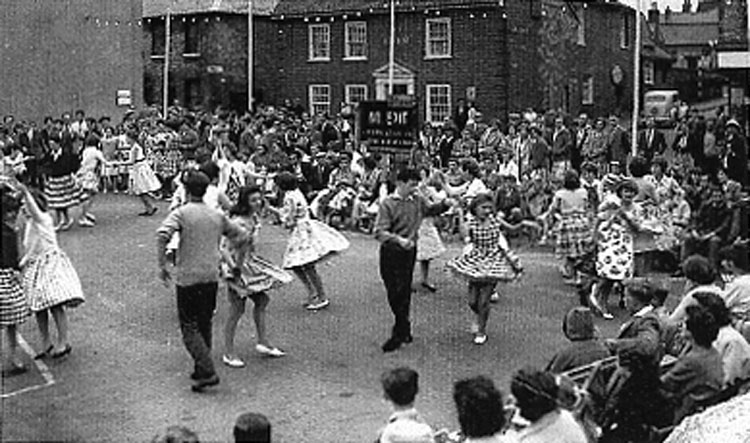 One of the annual dances which were held in North Street Car Park in the 1950’s and early 60’s. These were eagerly awaited events which were so well attended that they often spilled over into North Street itself. This is c1957; the girl on the right centre foreground (check dress), twirling, has been identified as Bonnie Sandford with her sister dancing left centre. We have been told that this particular dance ended in a fight.