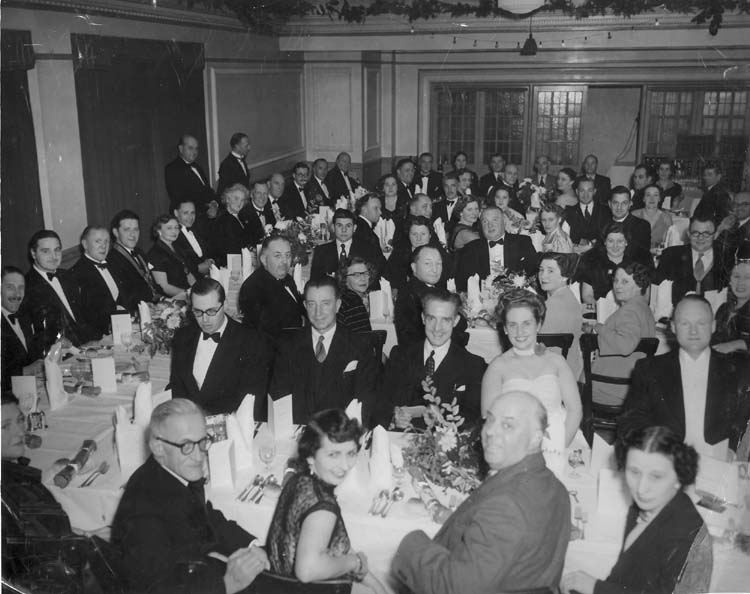 A Christmas Dinner at the Four Swans hotel in North Street, probably of the local Licensed Victuallers. The Mayor at the top table is William Jenkins Jones, manager of the Co-op store in North Street, who with his wife Violet lived at 68 Melford Road. This would make the date 1951. Second from the left on the top table is the unmistakable figure of Alan Phillips who was Clerk to the magistrates – the local Licensing Authority. In the 2nd row, (facing the camera) 2nd from the left is Mr G Cobbold (Boxford) whilst 3rd from the left is Mr Ron May (Licencee of the White Hart, Boxford.) Neither is wearing a dinner jacket.