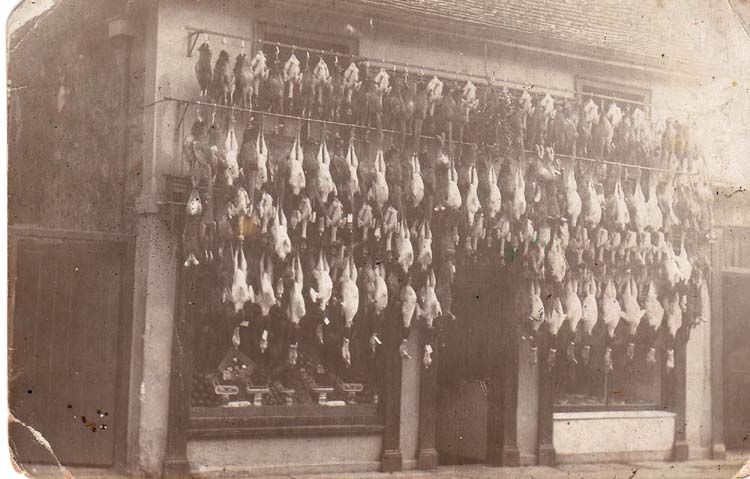 A.C. King’s shop at 83 North Street, with turkeys displayed, possibly as a special line for Christmas. Alfred Charles King opened his business here as a fish shop in 1912, having previously run the Railway Bell public house in Ballingdon and a fish and chip shop in Friars Street next to the Ship and Star public house. This probably dates from the 1920s after he had diversified into greengrocery, leading to an intense rivalry with Maurice Lefley who owned the greengrocer’s opposite – in 1924 Lefley was sentenced to 14 days hard labour for an assault on his rival!