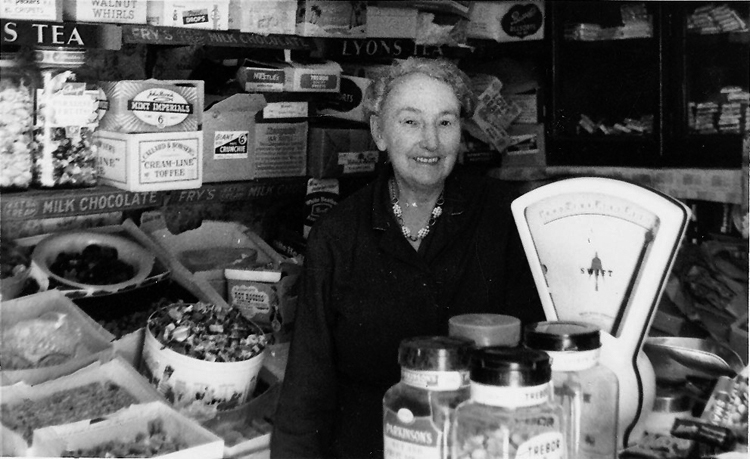 "An interior view of an old fashioned sweetshop, showing the owner (my grandmother} Esther Everitt in the mid 1950s. The shop was situated at 77 North Street, previous to that it was owned by her mother Selina Smalls (see entry 1927 Whites). The shop next door 78, was a grocers which was run by her husband Albert Henry Everitt this closed late 1952/early 1953 following his death. The shop sold a large selection of wrapped and loose sweets which were sold by weight, usually weighed in 2oz or 4oz paper bags. Alongside the open boxes of sweets, chicken feed, corn and meal were also sold, sometimes making the sweets a little dusty at times, but I lived to tell the tale having had many free samples in my time. A black manx cat always sat on the doorstep. The shop closed in the late 1950s." Information supplied by Chris Everitt.