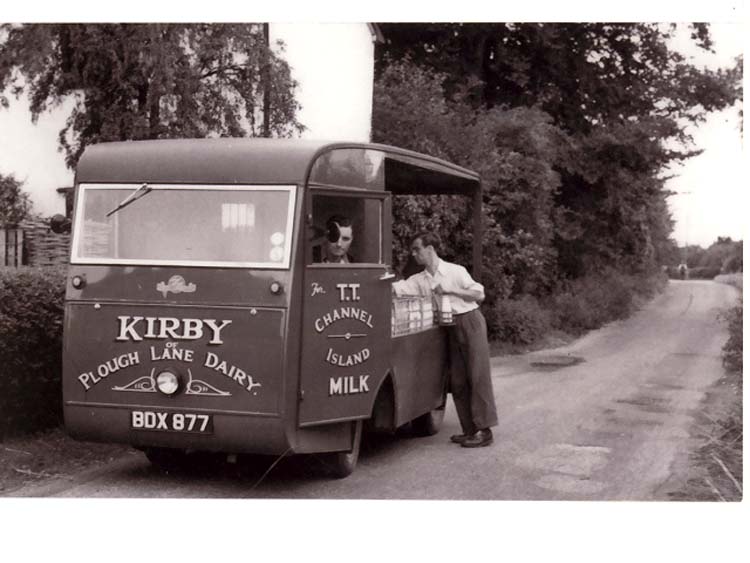 Kirby's Dairy at 21 Plough Lane was one of the many which existed in the town in the late19th/early 20th century. The cows were brought in off the commonlands for milking – up Stour Street, right into Plough Lane (then cobbled) and in through the double doors of the Dairy which still survive. Percy Moulton is sitting in the van. Late 40's or early 1950's?