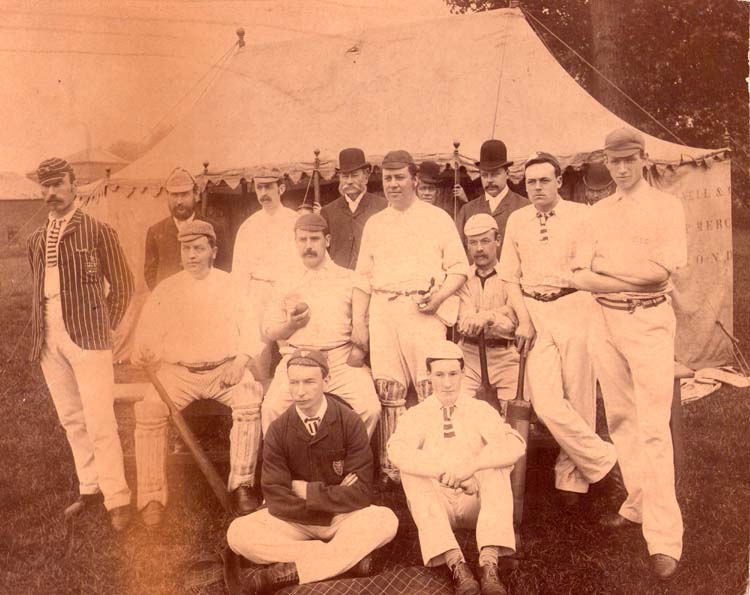 A recently discovered photo of the town cricket team in the 1880s when they played on the meadow behind the Angel Inn in Friars Street. This meadow was variously known as Gasworks Meadow, Angel Meadow and Nonsuch meadow. This was before the Cricket Club moved to its present ground on the other side of Quay Lane in 1891.Two prominent local publicans were in the team – William Bailey of the Rose and Crown (far left, back row, wearing a deerstalker hat) and Joseph George of the Rose and Crown (wicket keeper standing in centre, wearing pads and holding his gloves). Both were freemasons and captained the team at various times.