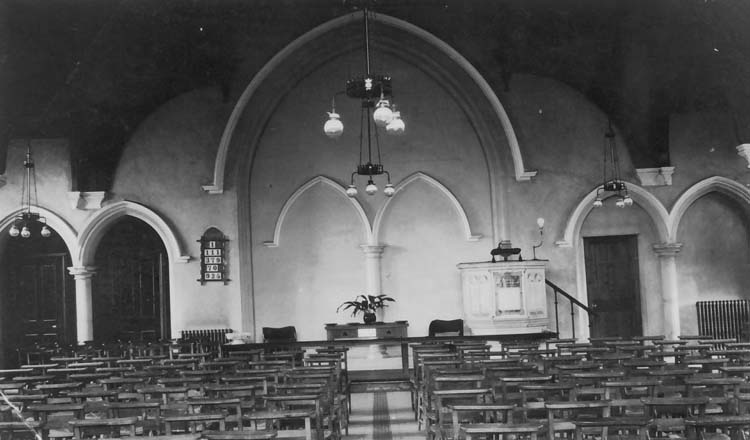 The gas-lit interior of the Methodist church as it was originally built in 1902 with the east end ending with a series of arches framing the altar/communion table and pulpit. The photo wasprobably taken before the First World War. See also images pa835 and 837 (major changes at the east end).