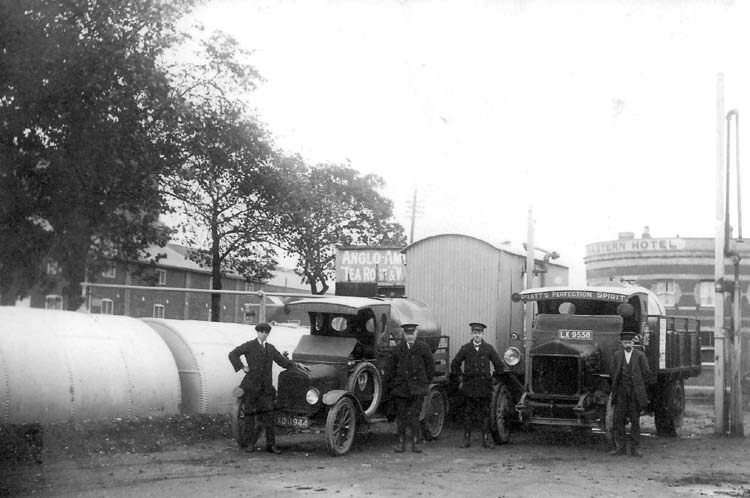 A interesting photograph in that shows a group of oil storage tanks in what is now Roys car park, next to the railway sidings. It shows that oil delivery lorries came there to fill up and presumably go on to supply petrol to garages around the area. There is also what appears to be the "Anglo American Tea Rose" written on the board behind. L to R: ? , Nathaniel Matthews,William Stammers, ? . The date is uncertain – just before, during or after WWI?