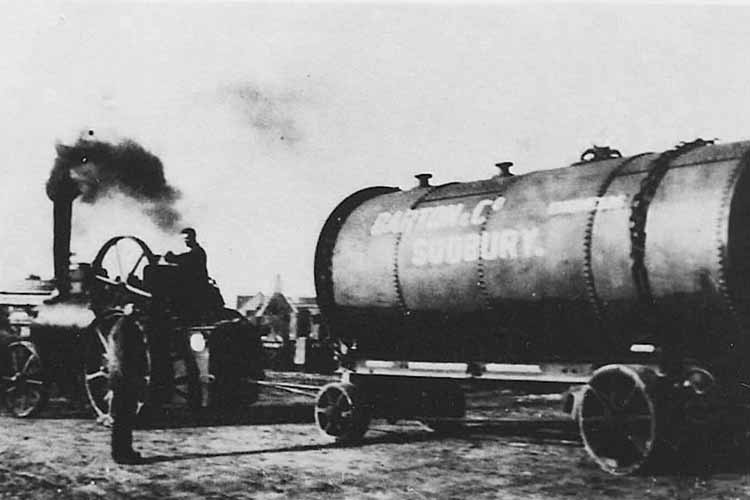 A traction engine hauling one of the boilers made by Bartons. Barton and Company occupied a site bounded by Station Road, Edgworth Road and the EDME maltings. The firm was founded by Mainprice Barton in 1868 as the Stour Valley Iron Works. It was principally engaged in the manufacture of agricultural machiney and as millwrights and general engineers to the corn mills, breweries and other works in and around Sudbury. In the early 20thc Bartons began to specialise in making propellers and stern gear and became Bruntons in 1911 when Mainprice Barton retired and Harold Brunton bought the business.  c1900.