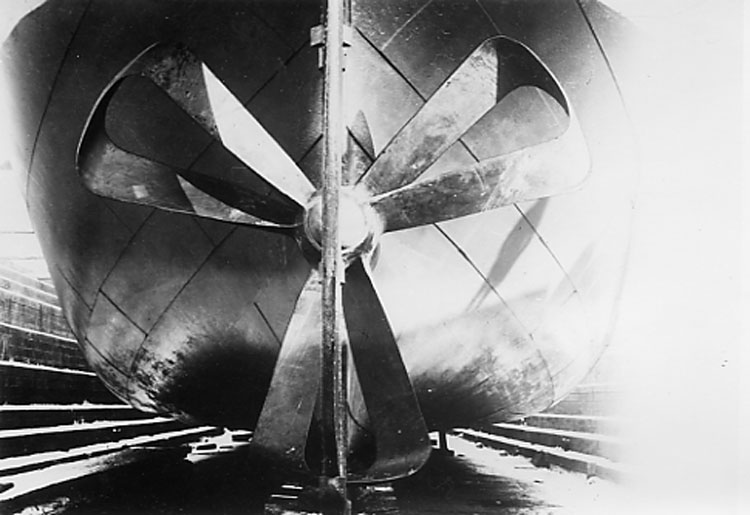 The second of a pair of photos from the Bruntons archive, probably taken just before WWI when the firm was still known as Barton and Co. They began making propellers in 1908 when an apprentice called Philip Ransom, who had a lively interest in motor-boats, made some wooden patterns for two and three bladed model propellers. The firm was quick to cast them in iron and soon moved onto the real thing. During the Great War Barton's was mainly engaged in producing ship's propellers for the Admiralty although this one may have been sent in for repair work (see also image pa356.)