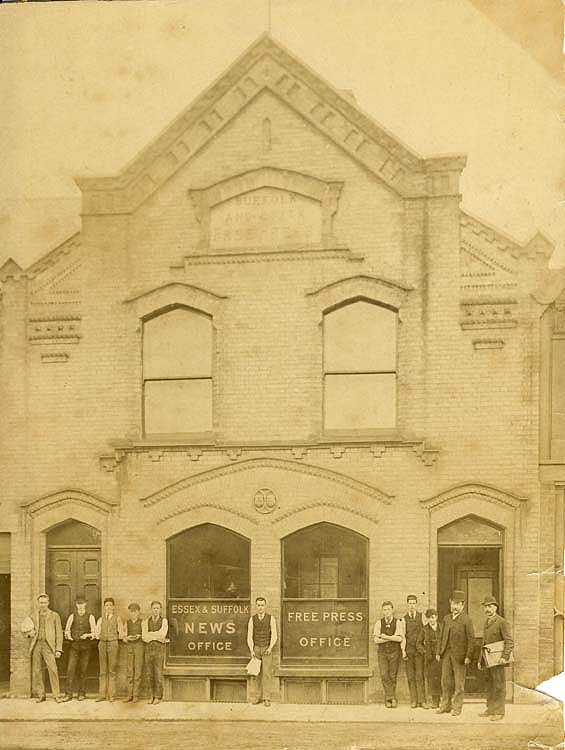 The old Suffolk and Essex Free Press offices at 54-55 Station Road. This photo was probably taken shortly after it was built in 1867. The Editor, Mr W.E.Lewis, is second from the right. He was Editor from 1862 until his death in 1904 and was followed by his son from 1904 until 1922. Today the building survives almost unchanged- the brick detailing still very crisp and the Editor's letterbox next to the door on the right hand side.