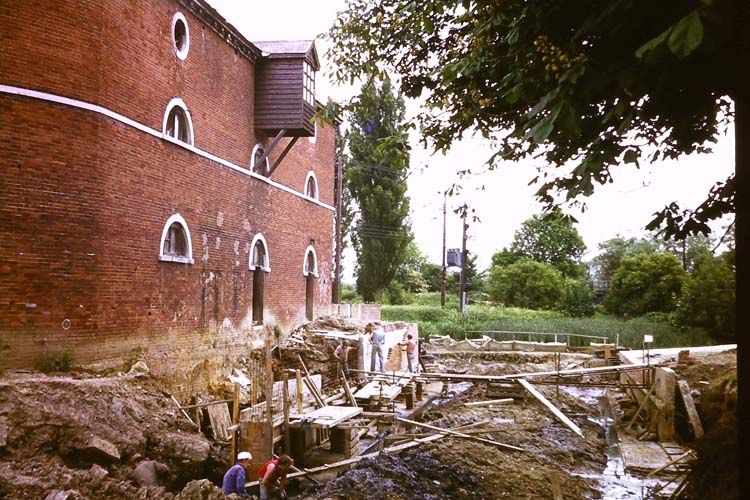 Commercial traffic ceased on the outbreak of WWI and the cut serving the two Quay warehouses gradually filled up with silt and rubbish. In 1977 the late Ben Bloys was a prime mover in the excavation of the north basin. Much of the labour was provide under a Government Job Creation Scheme. The mud and rubbish was removed and a platform built out from the wall of what was to become the Quay Theatre.