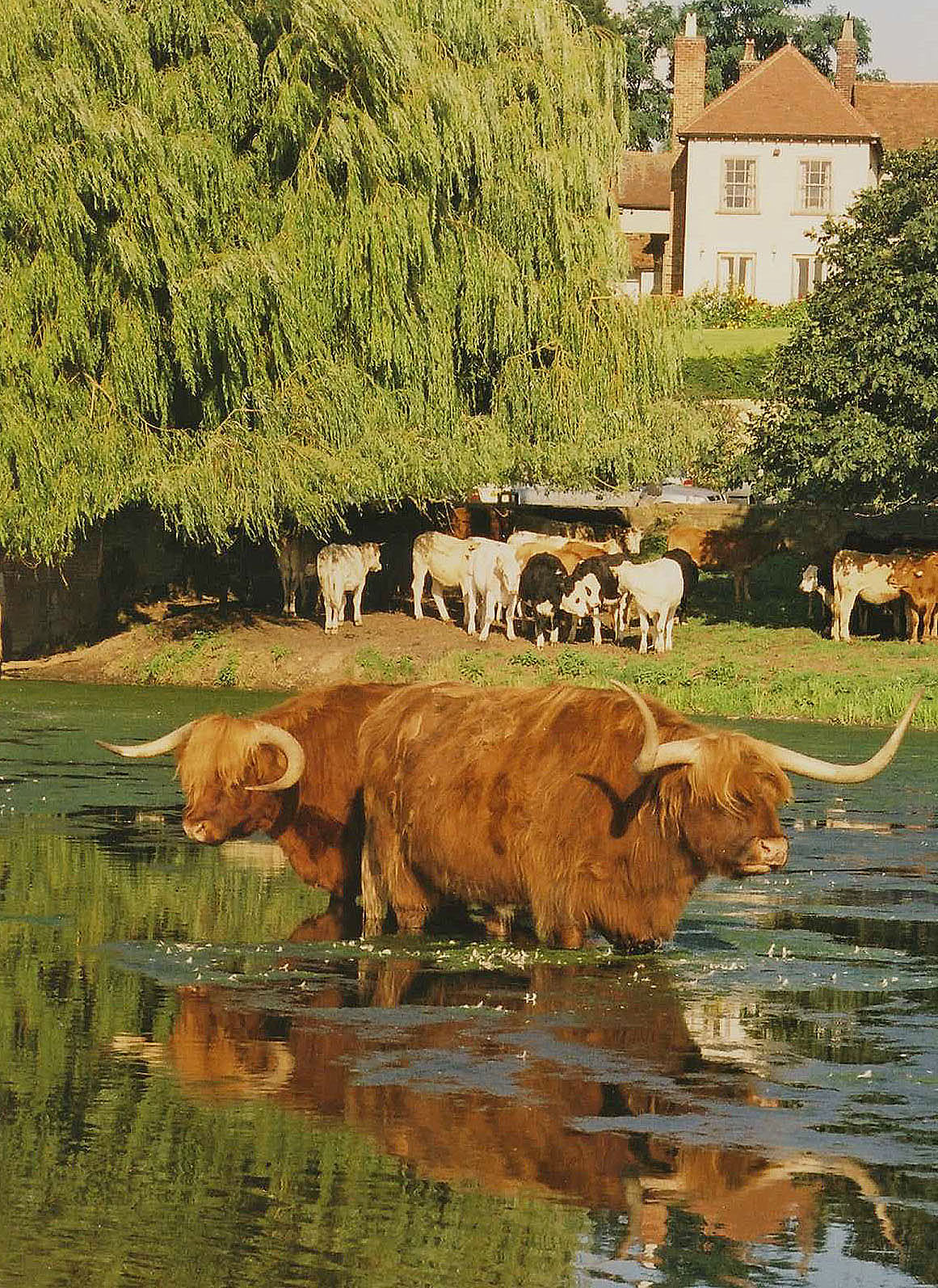 The three Highland cattle, Hewie, Dewie and Lucky, were a picturesque feature on Freemen’s Great Common in the late 20th/early 21st Century. Sadly a few people ignored the advice to keep away from all the cattle.Perhaps they wanted to take a selfie but it only required one to toss its horns and the resulting minor injuries were magnified into an issue of public safety. In the end these magnificent animals had to be moved onto land further down the river where there was no public access.