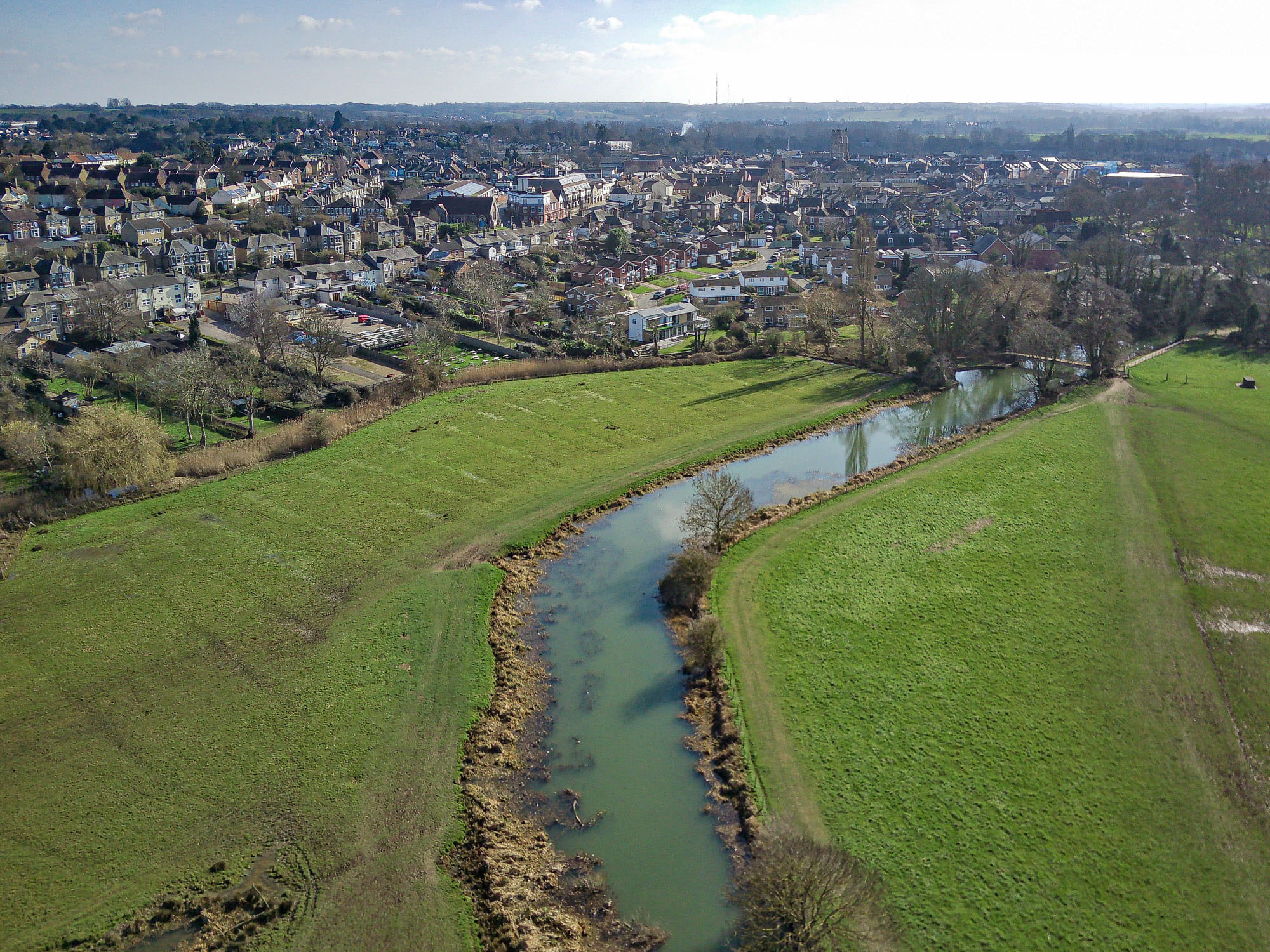 An aerial view of North Meadow Common taken by a drone on January 21st 2021 when earlier floodwaters had receded but the water was still lying in the series of parallel ditches which run across the meadow on the east side of the river. These are the remains of the “floated water meadow system” which dates back to the early 19th century when Napoleon was attempting an economic blockade of England and there was pressure to increase home food supplies. The land between the ditches was slightly domed which encouraged water to flow into the ditches . There the grass underneath was insulated from the winter cold and so grew earlier and more luxuriantly, increasing the June hay harvest. Image courtesy of David Holland. Information supplied by Adrian Walters, Clerk to the Sudbury Common Lands Charity Trustees.