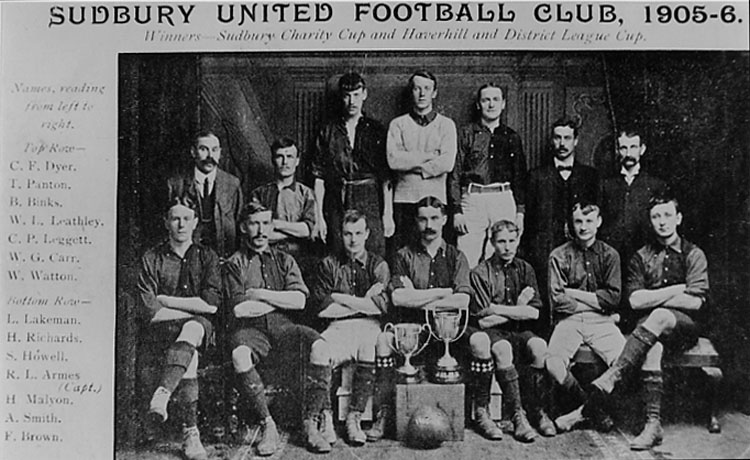 Sudbury United Football Club 1906. The Captain of the team, Raymond Linay Armes, cycled to Ipswich when war was declared in 1914. He fought at Gallipoli and was invalided home, one of the thousands who were disabled by disease. Once recovered he went out to Mesopotamia and was killed in action in April 1916. He has no known grave but his name is recorded on the war memorial in Basra. The names of H.Malyon and A.Smith are also recorded among those local men who died in WWI.