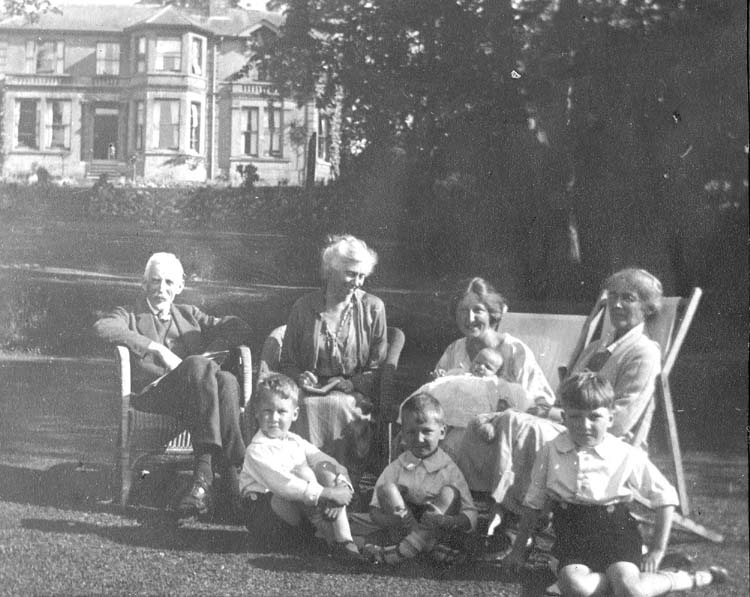 A photograph from 1921 of the Walters family in front of The Chestnuts, their home above the Cornard Road, just outside the town boundary. Back row L to R: William and Florence Gamble (visiting), Marie Walters holding her young son Stephen, then her mother Mrs Chinchen (also visiting at the time. In front Marie’s other sons L to R: Peter, Roger and John. Marie was the wife of Alfred Bernard Walters who was the managing director of the silk firm at this time. Peter became the next managing director after his father. John was in a German p.o.w camp for 5 years and then a fruit farmer; he still alive today aged 100. (Posted june 2013)