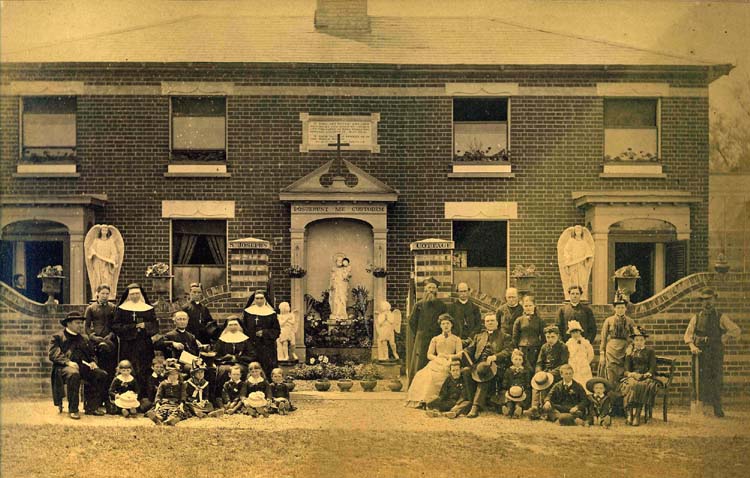 St Joseph’s Cottage was a Victorian pair of semi-detached houses on the Croft which was purchased by the Roman Catholic congregation in Sudbury ‘shortly after’ 1880 when Father Valerius D’Apreda was appointed as the first priest.
This fine sepia photo must have been taken around 1885-6 – after the ‘Servants of the Sacred Heart’ nuns had arrived to found the nearby Convent and school. In 1893 the right hand side of the Cottage was demolished to make way for the new Roman Catholic church (opened on December 12th that year.) The left hand part of the building survives as the Presbytery.
We have names for all those in the picture apart from the gardener(?) on the extreme right. Father D’Apreda is standing in front of the RH gatepost. The school children include four each from the Flowers and Copsey families.