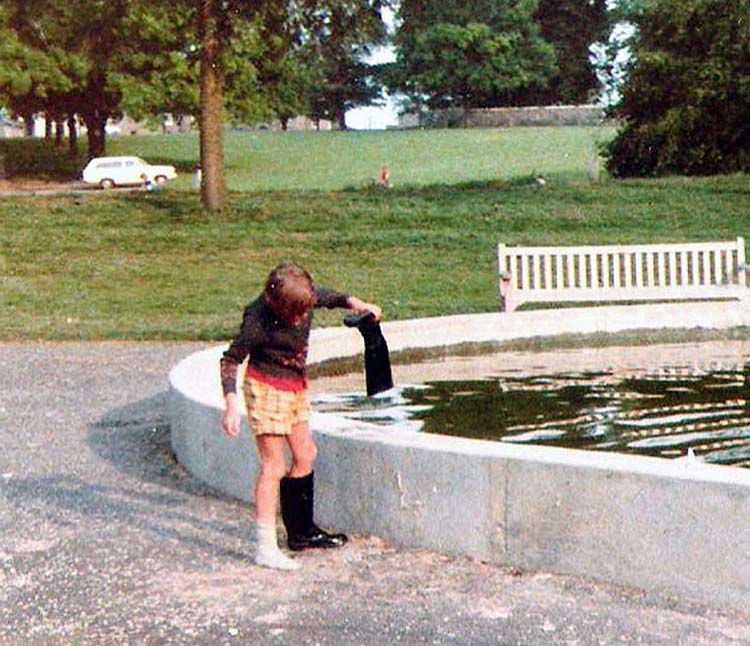 This family photo from the 1970s shows the newly constructed boating lake on Mill Acre – part of the landscaping of this area which was done in memory of a local family who perished in the Yugoslav air disaster on May 23 1971. Roger and Margaret Green and their sons, Simon and Ian, were on board the Tupolev-134 which crashed at Rijeka airport when attempting to land in a heavy rainstorm; 78 of the 83 people on board were killed. Their names are on a plaque set in a shrubbery near the pond. (See also pa831) Simon was a member of the Round Table and his fellow Round Tablers cleared the land of bushes and scrub.