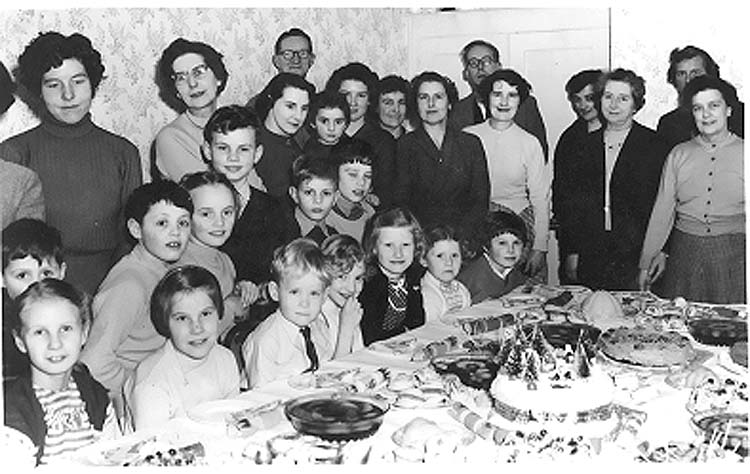 The annual Christmas party at Crofton House held, rather late, in January 1959. On the extreme left Joyce Humberstone and next to her, in glasses, the long serving Matron, Miss Kathleen Gocher. On the extreme right Mrs French and next to her Mrs Fenn. Crofton House was a children’s home on the corner of the Croft and Gainsborough Road. It’s earlier history is unclear but it was the office of the Sudbury Workhouse Union between the wars, took evacuees during WW2 and was also a local ARP post. After the War the home was run by Suffolk CC. At one time it housed 25 children but numbers fell as it became easier to obtain foster parents and it closed as a children’s home in 1962.It is now (2017) a hostel for single people run by Genesis Housing Association