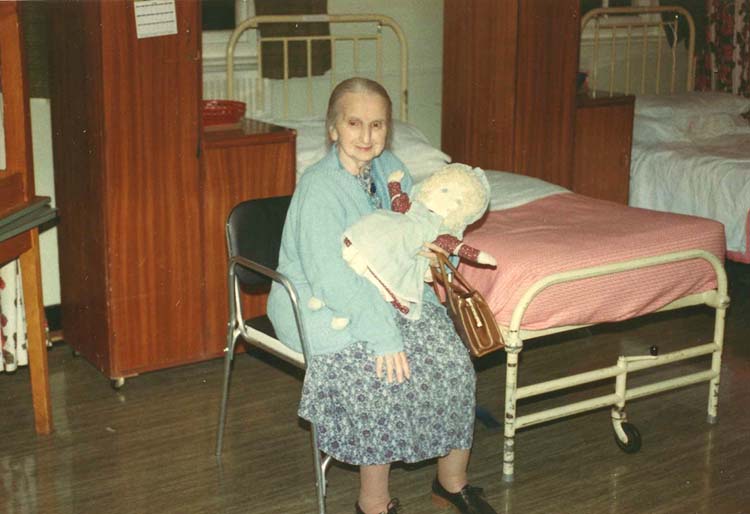 Lily Ambrose, a long-term resident of Walnuttree Hospital. Born in Glemsford in 1899 she was admitted to the Sudbury Union Workhouse in 1914. The reason is unclear – possibly because she had an illegitimate child. She continued living at the Workhouse, on until it finally became a NHS hospital. She always carried the doll with her – possibly a substitute for the child that was taken away from her? When she died in October 1985 she was the last of the residents who had been there since its Workhouse days. She is buried in St Gregory’s cemetery.