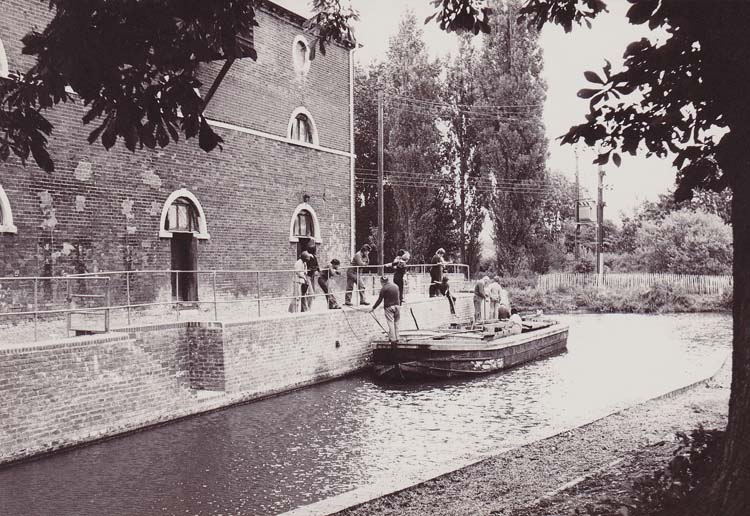 The cut leading to what became the Quay Theatre after all the rubbish and mud had been cleared as part of a Government Job Creation scene (see pa16 and 1004). The restored lighter ‘John Constable’ was being used to give short rides along the river for River Stour Trust volunteers and members of the public. Sometimes it was punted along, at other times towed by a white horse called Snowy.