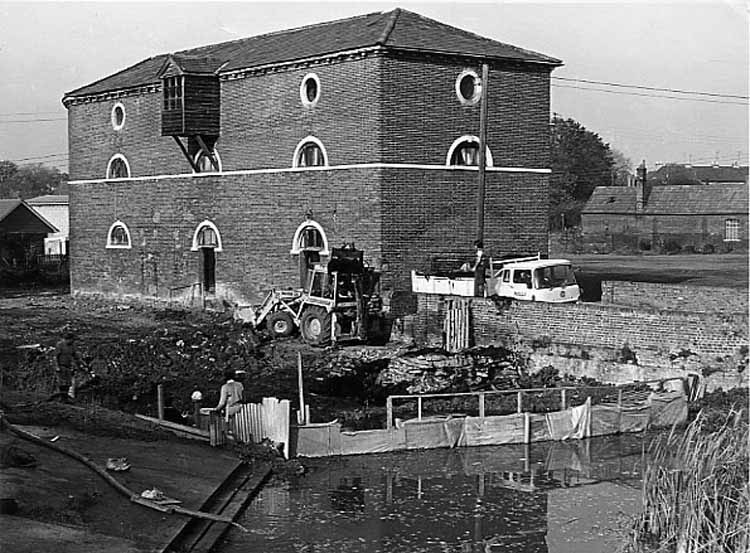 The Quay warehouse when the ‘cut’ was being cleaned out after years of neglect. This photo dates from 1978 when the Dramatic Society had acquired the building. The work was carried out by the Stour Valley Trust, using unemployed workers- an inexperienced workforce which had to cope with some very mucky, sticky, smelly and hard work- but they did a great job. The building on the extreme right was part of the gasworks complex -the section on the left was the blacksmith’s shop, in the centre was the district fitter’s workshop and the third section, on the right, contained the Works’ gas production meter (this measured the amount of purified gas being produced prior to it being stored in the gas holders).